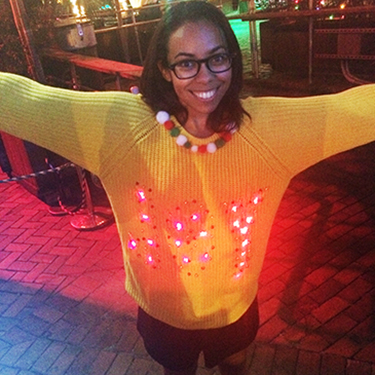 Read Posts by Me

Allie (or Alex) was born in Long Island, New York. She spent most of her childhood in a quiet New York suburb just outside of the Bronx before moving to South Florida as a teenager. She has a passion for travel and has lived in 7 different cities and 4 different states in 22 years. She fills her free time with reading (preferably Harry Potter or realistic fiction set in the 1950s), binge watching 90s sitcoms set in New York and reading the huge collection of Marvel comic books passed down to her from her father.

Throughout her life, Allie’s interests lay in creative fields. She appeared in her first opera in New York (a non-singing role, thank goodness) at the age of 5. She was heralded in the Miami New Times for a stage performance she gave at 16. She attended the Florida State University School of Theatre and tried on every hat she could. After 20 years being surrounded by theater and music, she realized the value she found in these productions all lay in one idea: people with different talents bringing their expertise together to create an organic, living product. She combined this with her desire to find a profession that would always be evolving and a knack for computers. That’s how she found herself at Juicy Results.